Lynda had seen that there was the Museum of Flight near Boeing in Seattle. They have a free day from 5-9 pm on the first Thursday of every month. So, we decided to head up there and check it out. I have to admit, it was not as cool as the Museum of Air and Space in DC, but it was really neat. The kids had a good time exploring and it was fun to see Beoing progress over the years. For those in the area, this is one that I would definately recommend making it to.

So we were recently blessed with a visit from our best friends from Italy. They got out of the military while we were in Italy but we stayed close friends and they decided to stop over for a visit. We picked them up in the morning from their hotel and stopped at IHOP. Then we came home and the first thing the kids conned them into... 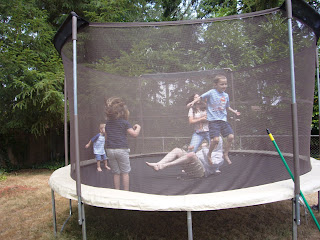 Of course the trampoline. I think they thought it was fun... until the end of the trip when they were tired of Logan harassing them to jump with him. 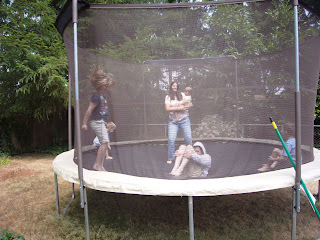 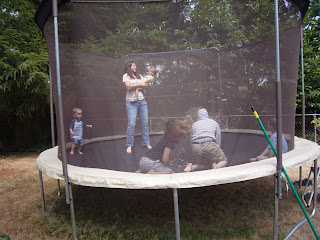 Then Trent and Dennis were "sword" fighting while Haylee showed off her biking skills. 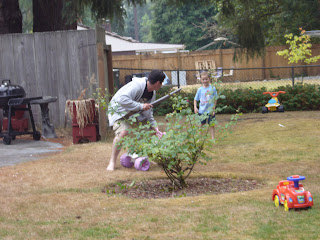 And what did Laycee do? Butter up Lynda. Oh Laycee is so good at that. 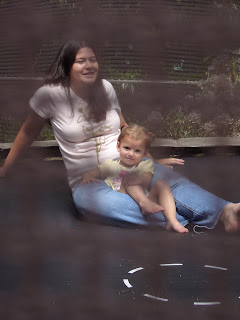 The next few posts will be all about their visit. So be prepared for some fun! 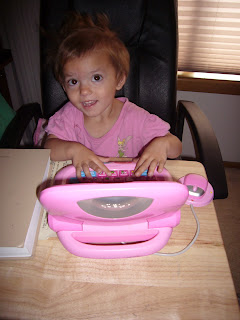 Business woman? Computer analyst? Web designer? Or just every teenager these days? What will she be?

One day, I was cooking in the kitchen and Logan starts jumping around saying "riggit, Riggit". I didn't get it at first, but then I realized he was a frog. Oh it became one of their favorite things to do for a while. Then they kinda grew away from the fun and the other day, I caught Logan "riggits" again. I got out the camera and of course they all wanted it. So the first footage is of Logan's "riggit".

As a side note, frog is a funny word for the twins. It is one of those words that they make the sound for or they sign. They don't call frogs frogs. However, they can say the word. Weird one I know. The second video is of Laycee and Trent playing "riggit". 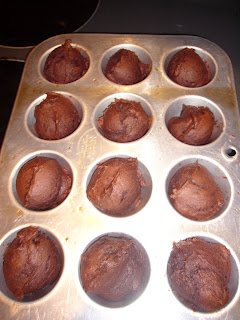 This is a super easy recipe that turns out more healthy than cake. Mix 1 box of devils food cake with 1 can (about 15 oz) of pumpkin. Cook 350 for 20 minutes. They come out really heavy so sometimes I like to cook them a little longer. I make 1 TBSP mini muffins and they are a great healthy snack!

Recently I have been encouraging Haylee to get on her bike without training wheels and learn to ride it. I told her that all her cousins (who we will soon be near) all know how so she needs to learn. Not to mention that she is above the normal learning age. However, I have never given them much opportunity to ride. With that being said, we have been practicing, but eventually she got as far as she does in the movie. Then when I went to the store the next time, I purchased a helmet for her (that fits) and now she can get on the bike without holding onto something and make it around the yard twice. I think this week, we might try and take it to the road. I am so proud of her for learning to ride a bike!!

Well it is August and we are FINALLY starting to get some veggies turning ripe. This week we got a few tomatoes. 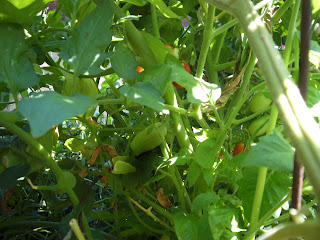 I planted Roma and Cherry tomatoes, so we will have A LOT of tomoatoes eventually lol. 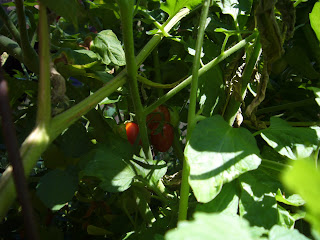 Our bell peppers are finally starting to turn. Here is a yellow one 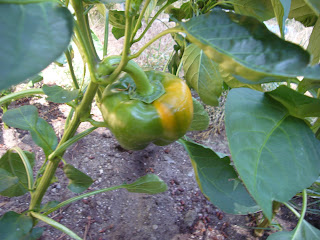 And a red one... that i Have now picked. 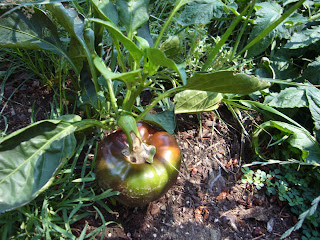 And our green beans, that I am not sure what to do with, but I am sure I will figure it out. These actually grew really fast and produced a lot. 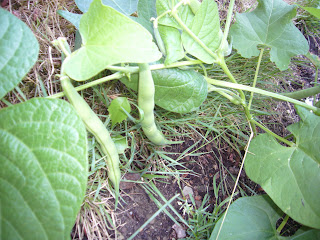 Can't wait ot see what awaits us when we get back from our 2 week vacation.

For Pioneer Day (June 24 to celebrate the early members of the church), we went camping with the other church people. They had slides, a bounce house, snowcones, 2 movies, and dinner one night. It was fun to get away with the kids. But it was hot and the "camp grounds" weren't overly used or large. However, we made do and had lots of fun!

Well the kids had their first coach pitch game and these are a few snap shots! 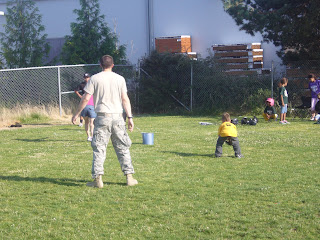 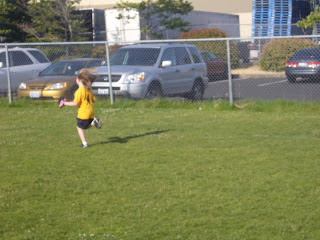 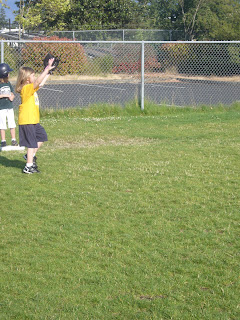 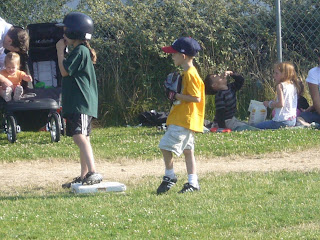 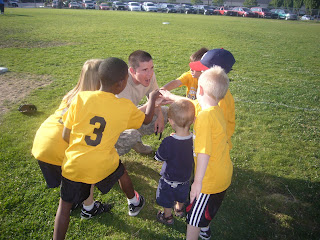