The month of October started off amazing!  I already posted about our first weekend.  The following weekend, during fall break at school, my mom set up cabin weekend in Greer.  Oh it was amazing to escape the never ending heat and enjoy what fall is supposed to feel like.  We were surrounded by such amazing nature! 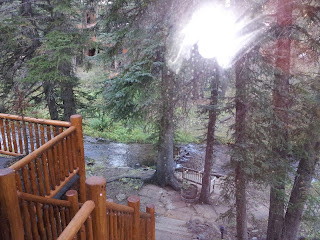 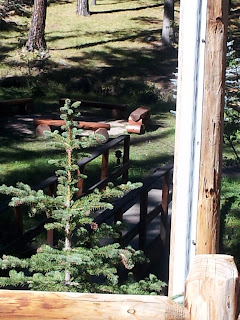 We didn't get there until late the first day becuase Lynnae had a blow out on the way up there. But it was fine, the kids were beat after traveling all day. So the second day, we went out in search of a place to ride bikes. We found a parking lot right on a lake that worked perfectly! 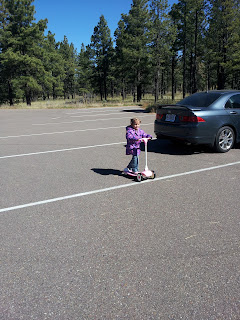 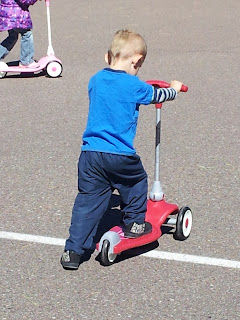 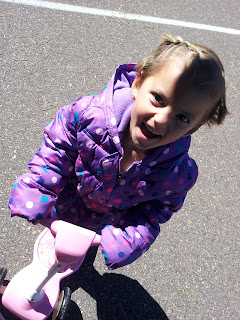 While the little kids were riding, the big kids set out to try and fish.  This was the first chance my children have ever had to fish.  I know at age 8 and 9 they have not fished!  But let me tell you, they LOVED it.  In fact, they are asking for fishing poles for christmas.  This was such a neat experience for them and they really enjoyed the chance to try new outdoor adventures. 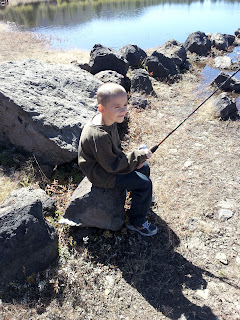 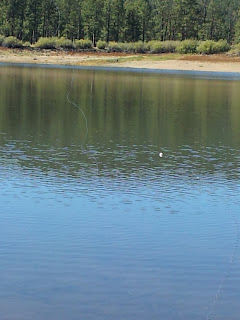 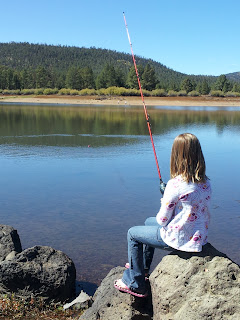 After a while, Logan saw there was a "manly" thing going on that he hadn't tried before, so he took his hand at fishing as well.  Bryce took a little bit to show him how and then Logan was reeling and casting all on his own.  He is so unique becuase he loves learning new masculine things to do.  He is all boy this one, yet gentle enough to play house with Laycee when she asks. 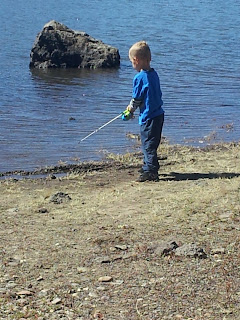 I didn't get pictures of this, but Jason brought a BB gun and allowed them to shoot at a can as well.  Trent was super excited that he hit the can once!  After several hours out and about, the mamas were in need of a rest!  So we set the kids up with a craft and we all dozed on the couch. 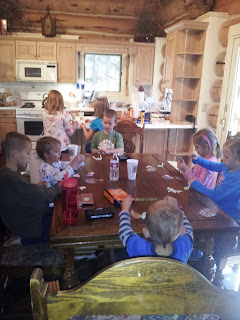 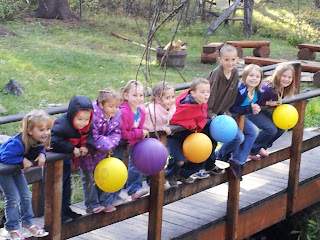 Here are the kids and I 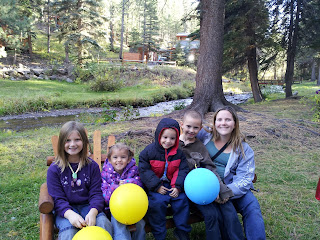 On our adventures in nature, there were 3 occassions that the balloons ended up in the water.  Children never take good care of their toys.  The last one ended up in a current that was near impossible to save.  But Lynnae braved it. 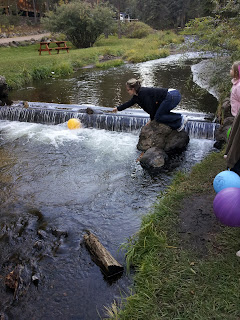 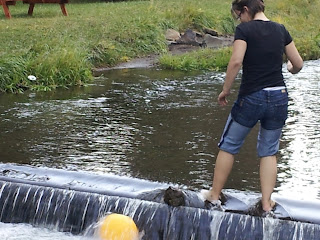 And the balloon was rescued! 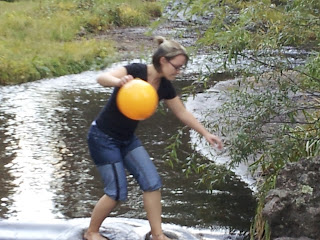 Another picture of all of the kids even Bryce and Sylas who were not happy about this. 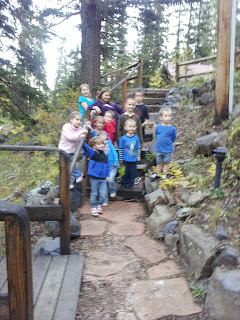 That night, we spent some time around the bonfire eating chili and enjoying some time together. 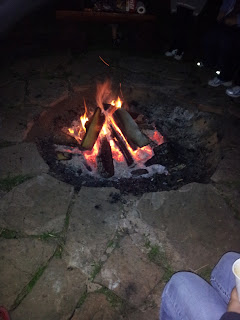 The following morning was check out, but we took a small walk to see where the fire line was earlier this year.  You can see the burned trees. 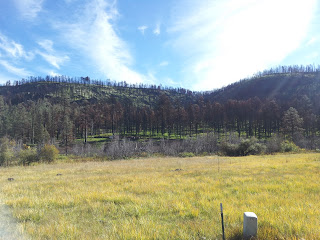 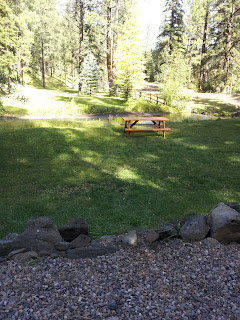